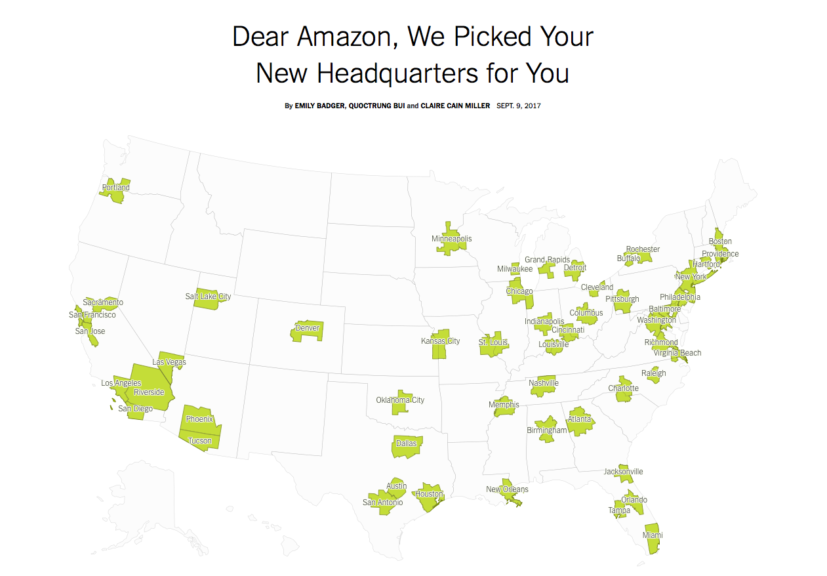 Amazon has set off a scrum among cities that are hoping to land the company’s second headquarters — with the winner getting the prize of a $5 billion investment and 50,000 new jobs over the next two decades. We’re offering to help, using Amazon’s own criteria to identify a winning city.

The company announced this week that it was looking for a metropolitan area in North America with at least a million people, so we’ve started with the map above. (With apologies to Canada, we’ve set aside Toronto and several other large cities because they’re not included in most of the data sets we’ve used to determine which places meet Amazon’s needs.)

In the eight pages of guidance that Amazon has provided cities, one of its central requirements is a “stable business climate for growth.” […]